So, you want to start gun collecting. You’ve outgrown your rock collection and stamps don’t excite you, so guns seem to be a good choice. There are many types of collectors out there, from the marksman to the history buff. Each with their own tastes and budgets. No matter what the reason, gun collecting is a noble and interesting way to increase your knowledge, make a few dollars, and decorate your man (or woman) cave. 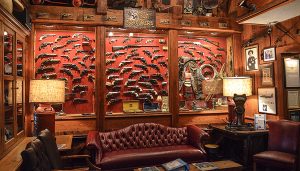 Some experts will tell you to start with the basics such as a .22 LR, 9mm, .45 ACP, 30-06, and the like but it comes down to your taste and if you are collecting the guns to use, sell or display. Following are some of the types of collectors you’re likely to run across at your local gun show.

Gun collecting often starts with a gun inherited from a family member or perhaps a first hunting rifle. Heirloom guns may also include antiques purchased by the collector or specialty sport shooting models. Typically, these guns are kept for private use or for show although some, if valuable, may sold. Top choices for heirloom guns may include models that are antique or rare such as the Colt 1911 or nearly anything manufactured between 1900-1930.

Military and history enthusiasts are often rabid about their collections and know their guns down to the finest detail and the name of the artist that incorporated the scroll work. These people are serious collectors. As with any kind of collection, it’s important to verify the history and provenance of the weapon as it directly affects the gun’s value. Whether it’s an antique dueling pistol or military surplus from Desert Storm, know your maker’s marks and get proof of authenticity before laying down your money.

Much to the chagrin of the hard-core collector, some people just like guns and collect them with no discernible rhyme or reason. It may make them more difficult to categorize, but no less valid. Eclectic gun owners tend to start with a gun they have owned and build upon that collection. Usually with something that is handed down or bought second hand. Although the owner of the eclectic gun collection is less likely to sell his collection, it is still important to know the history and use of each piece, if only for personal reference.

Guns make great investments. They aren’t based on the daily market and rarely does the value significantly decrease. Perhaps more than any other category, condition is key when collecting for investment purposes. As a rule of thumb, the older and more unique a gun is, the more it will be worth if it is well preserved, not refinished, and, of course, authentic. The worst guns for investments tend to be modern weapons such as the AR and AK-platform guns. Want to make the most money? Collect a particular style or guns from a specific manufacturer, e.g., Smith & Wesson to get the biggest bang for your buck. 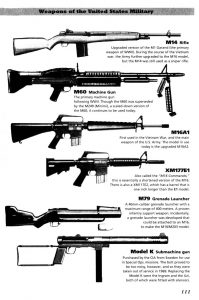