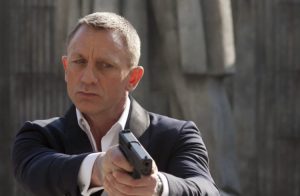 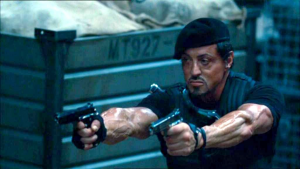 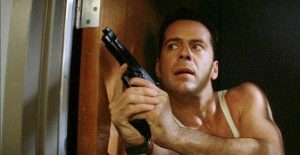 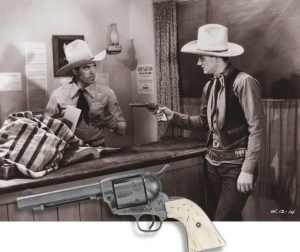 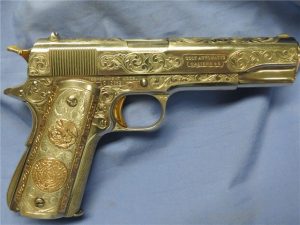 Firearms enthusiasts have many weapons to choose from, but there are few who are more devoted to their guns than those who own 1911 pistols. The 1911 is known for its excellent steel frame and adjustable trigger. Some complain that the trigger, while the best on the market, requires a breaking in period. You may find a gun that’s more advanced, but never one that’s as iconic as the 1911.

John Moses Browning designed many weapons during his career, including the 1911 .45 ACP, Winchester 30-30, Remington Model 11, and Browning High Power. He also supplied the military with the Browning Automatic Rifle and Browning .50 caliber Machine Gun, along with many .30 caliber and .50 caliber machine guns made by Colt. Browning held 128 gun patents, creating many famous firearms during his forty-seven years as an inventor.

In 1889, Browning began to experiment with self-loading weapons. Browning converted Winchester’s 1873 lever-action model to an autoloader. He used the principle of using the action of gas at the muzzle to create Colt’s Model 1895 machine gun, which was referred to as the “Browning Potato Digger.”  The Army asked Colt to create a .45 caliber cartridge. Browning modified a .38 autoloader to handle a .45 cartridge. The Army conducted grueling field trials on Browning’s gun. Experts asked for changes and more tests. Browning made the changes and developed the M1911, a locked-breech, single-action semi-automatic pistol. On March 29th, 1911, the Army adopted Colt’s .45 Automatic pistol, the Model 1911.

Springfield produces high quality guns and their 1911s are no exception. Their most popular guns are the Champion, Loaded, and Range Officer. Novices choose the Range Officer for range training and practice. The gun gives off low recoil and has excellent accuracy. The beginner-friendly firearm sells for less than $1000.

Ruger makes a classically designed pistol with modern features. Its solid construction provides many years of regular use. Its all metal, lightweight frame is easy to handle and offers high accuracy. Ruger designed the gun to appear like the original but has added modern safety features, including an oversized beavertail thumb safety.

SIG Sauer offers the 1911 Emperor Scorpion, a .45 ACP centerfire pistol. It features a stainless steel frame and slides, made with American parts. The pistol is heavy but has a Hogue Magwell grip, high level of accuracy and a superior trigger.

Colt make high quality firearms. They released the first 1911, so it makes sense that one of their models would make the short list. Colts makes the Combat Elite with forged steel, and offers a single safety side lock, Novak low sight, enhanced hammer, and a beavertail grip safety. The MSRP is $1000.